The Center for the Performing Arts at Penn State will present a hybrid spring 2022 season of ticketed on-stage and free “Up Close and Virtual” programs, including touring Broadway musicals, classical music ensembles, New Orleans and New York-style jazz, and interpretive dance.

Tickets will go on sale at noon Thursday, Nov. 18. Tickets will be available to purchase online, by phone at 814-863-0255 and in person at Eisenhower Auditorium (weekdays noon to 4 p.m.). Registration for virtual programs also opens Nov. 18. Visit Center for the Performing Arts online at cpa.psu.edu/allevents for information.

Fans of Broadway musicals will be on their feet with joy with the return of nationally touring Broadway on the Eisenhower Auditorium stage. “Waitress,” called “an empowering musical of the highest order” by the Chicago Tribune, will make its Center for the Performing Arts debut at 7:30 p.m. Thursday, March 3, in Eisenhower. Original music and lyrics by Grammy Award winner Sara Bareilles and a buffet of homemade pies help a struggling restaurant server cook up a recipe for personal happiness.

An all-new touring production of the Tony Award-winning audience favorite “Hairspray” will make a stop at Eisenhower at 7:30 p.m. Thursday, April 14. The musical comedy phenomenon follows Tracy Turnblad and her trademark beehive as she dances her way onto 1960s Baltimore’s most popular teen TV show. 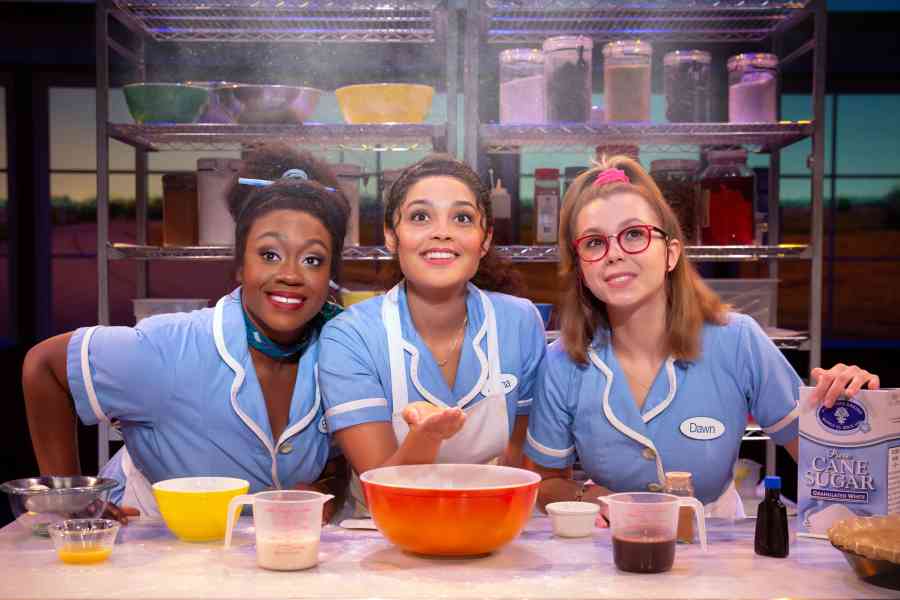 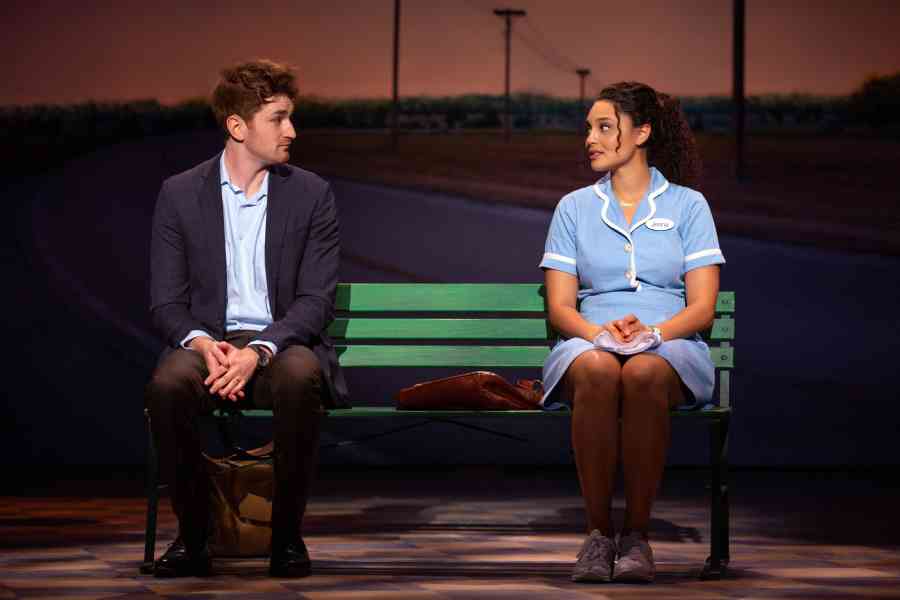 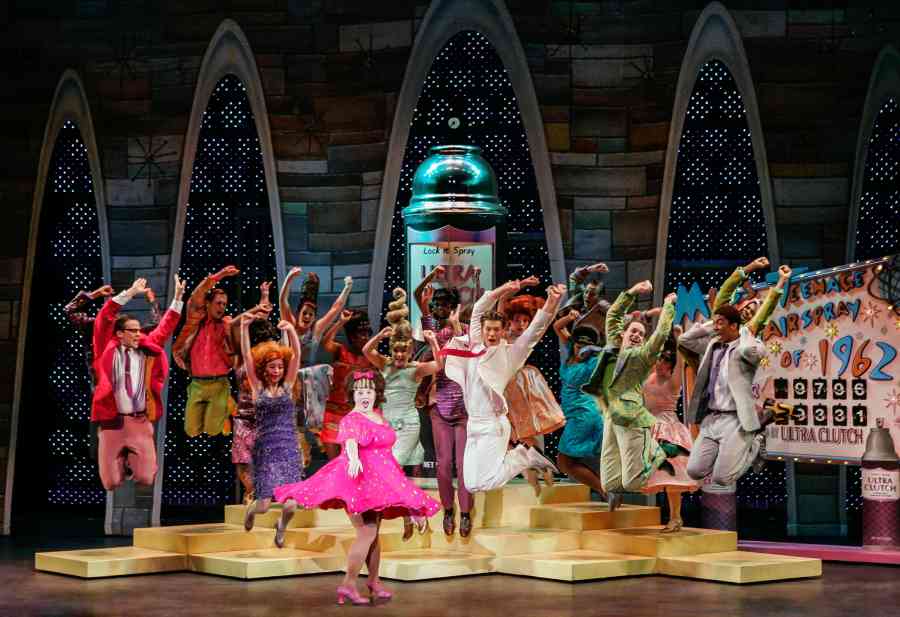 California’s Calidore String Quartet will make its long-awaited Penn State debut after almost two years of delay due to the pandemic. In a concert at 7:30 p.m. Wednesday, Jan. 26, in the Penn State School of Music’s Recital Hall, the ensemble will perform Ludwig van Beethoven’s Quartet in F minor, Op. 95, “Serioso”; and his Quartet in B-flat Major, Op. 130, with Op. 133 “Grosse Fuge.” The quartet will also perform “Breathing Statues,” a composition inspired by “Grosse Fuge,” written by British composer Anna Clyne and co-commissioned by the Center for the Performing Arts through its membership in the Music Accord consortium. The concert will be available to livestream for the same price as an in-person ticket.

Calidore also will perform and discuss works from their repertoire in a Classical Coffeehouse at 8 p.m. Thursday, Jan. 27, in Hintz Family Alumni Center’s Robb Hall. Classical Coffeehouse is free for Penn State and high school students. A textable donation of $10 per person is suggested for non-students.

Choreographic legend Bill T. Jones interprets the rhetorical through dance in a 7:30 p.m. Friday, Feb. 11, production at Eisenhower. In “What Problem?”, the Bill T. Jones/Arnie Zane Company explores the tension that exists in a community experiencing isolation, class struggle and political divisiveness while drawing on Dr. Martin Luther King Jr. and Herman Melville as inspiration. Jones, the Tony Award-winning choreographer of “FELA!” and “Spring Awakening,” will collaborate with Penn State and State College-area performers in the show. 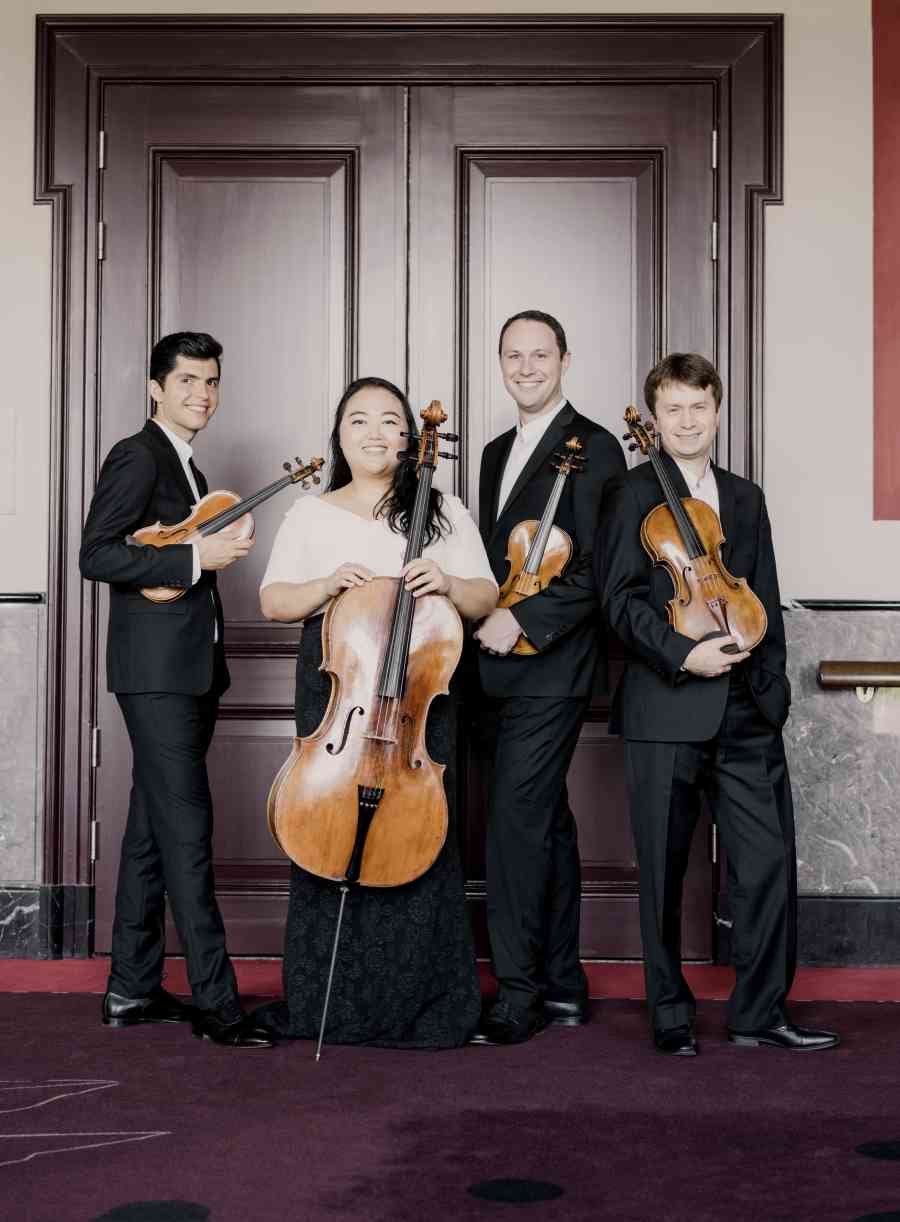 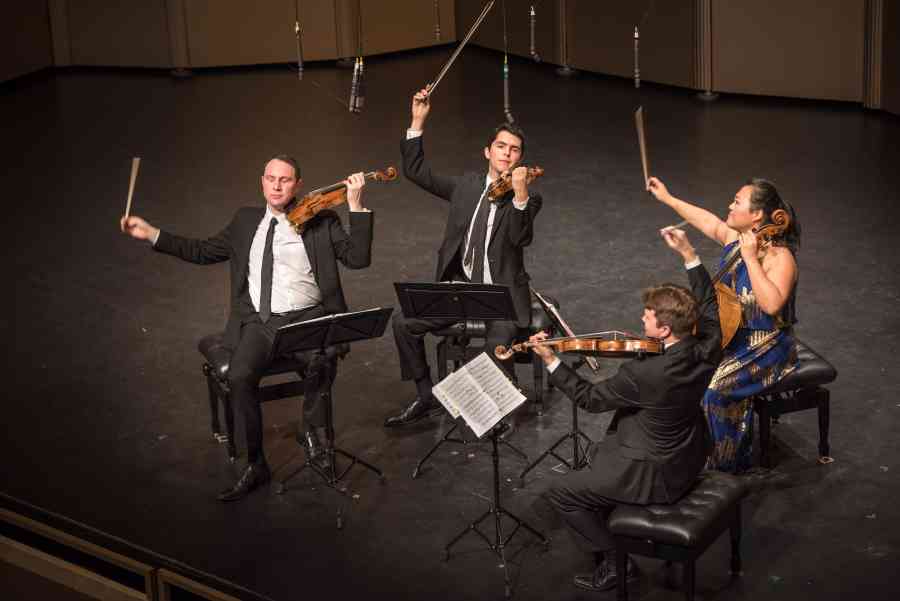 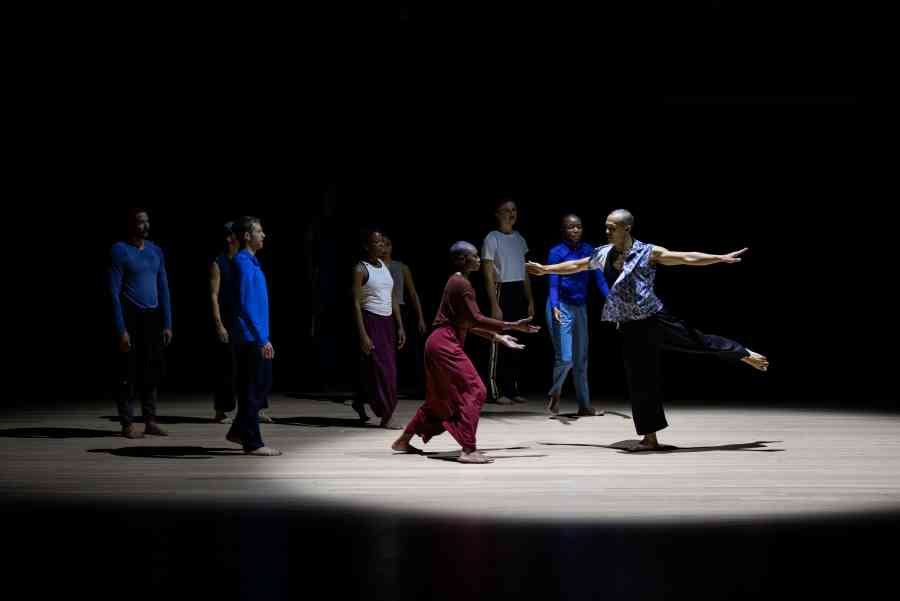 The company’s visit is part of the center’s Fierce Urgency Festival, a three-year series of events recognizing the contributions of Black artists and art forms. The festival, with a theme this season of “Hope-Resist-Heal,” is produced in partnership with Electric Root, co-founded by multigenre artist-activist Michael Mwenso. Visit https://cpa.psu.edu/fierceurge... for more information about the diversity initiative.

In a return virtual performance, Delfeayo Marsalis and Uptown Jazz Orchestra will present a collection of southern gospel- and jazz-themed music celebrating the triumphant nature of Americans in the Deep South. The event will be available to watch from noon Monday, Feb. 21, until noon Friday, Feb. 25. 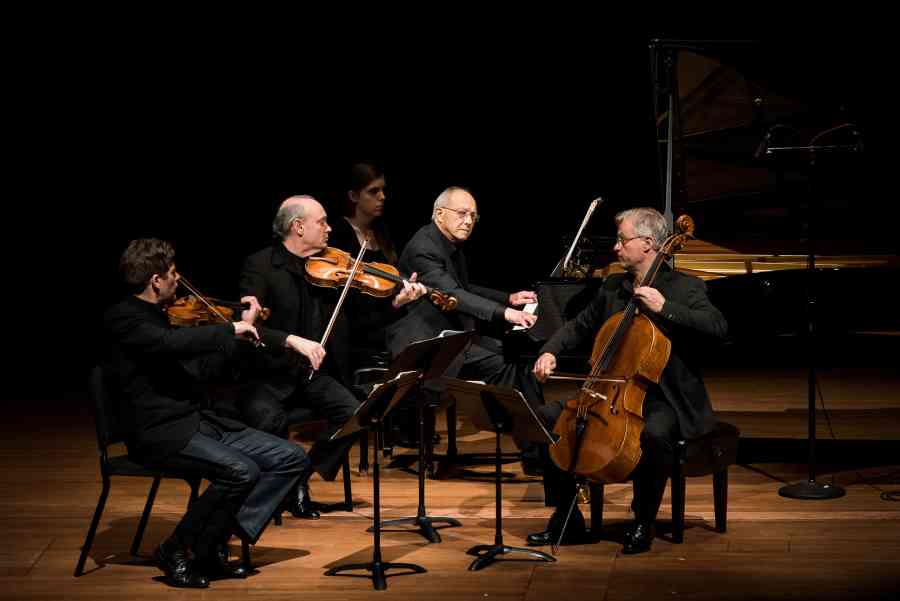 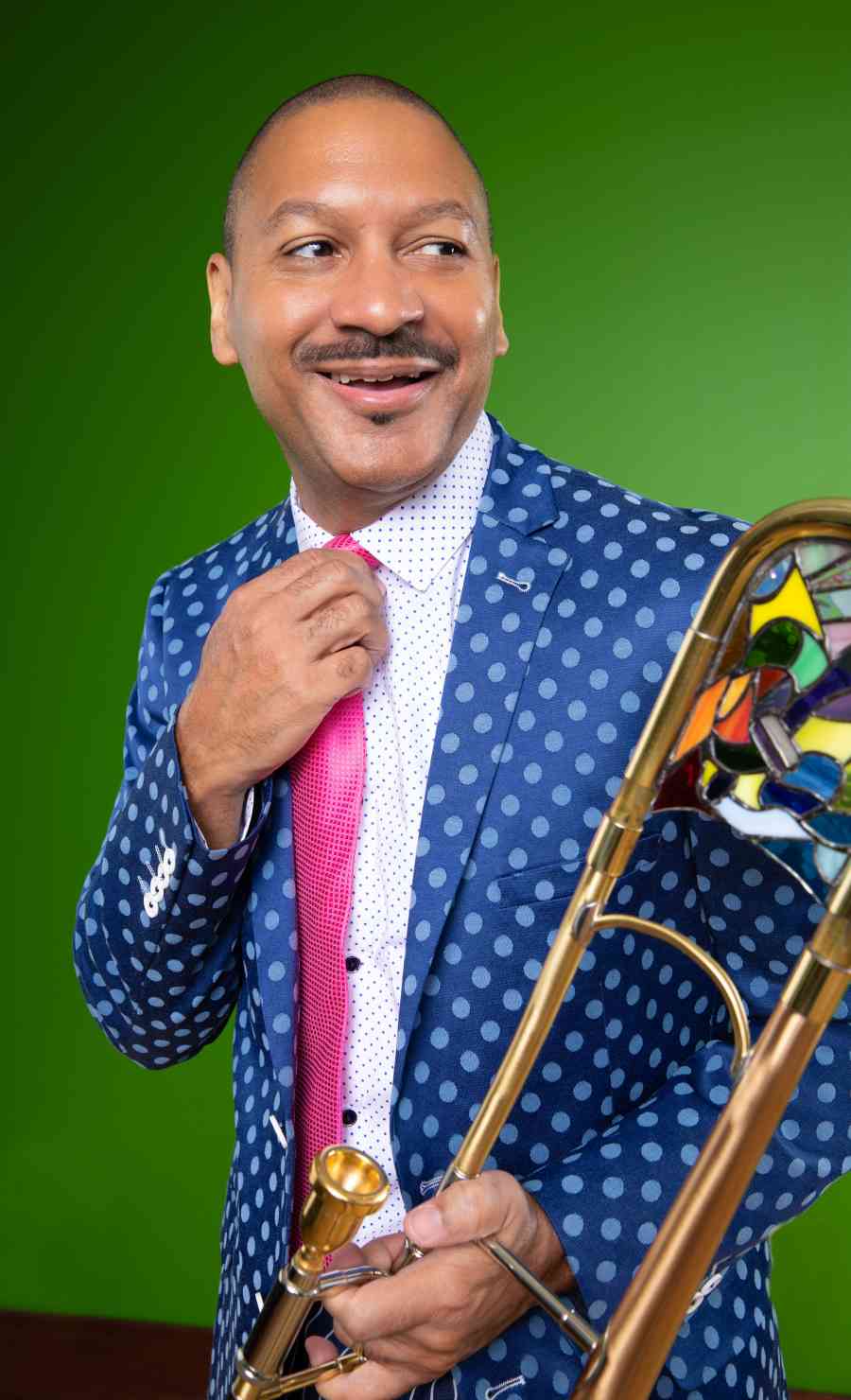 Mwenso and The Shakes, the anchor ensemble of the center’s Fierce Urgency Festival, will continue its ancestral recognition and healing-arts practice with “Hope-Resist-Heal: A Celebration of Black Joy.” The 7:30 p.m. Wednesday, March 23, concert will conclude a multiday residency at Penn State.

Jazz at Lincoln Center Orchestra with Wynton Marsalis will perform “Charles Mingus Centennial Celebration,” with music direction by Vincent Gardner, at 7:30 p.m. Thursday, March 31, in Eisenhower. The program celebrates the music of Mingus with an evening of swinging hard bop, Afro-Latin grooves and blues.

Selected artists from “Small Island Big Song: An Oceanic Timeline,” a film presented online in April, will make their live, on-stage Penn State debut in a performance at 7:30 p.m. Thursday, April 7, in Eisenhower. Small Island Big Song is a collective of musicians from Pacific and Indian Ocean nations who use their music to tell tales of cultural lineage, ancestral guidance and heritage pride while warning of the ravages of climate change.

A variety of free in-person engagement events are being planned and will be listed on the center’s website when details are finalized.

The Center for the Performing Arts has the health and safety of our patrons in mind. Penn State has issued rules and precautions that follow, or might exceed, guidance from the Centers for Disease Control issued in response to the COVID-19 pandemic. Visit Covid Precautions at cpa.psu.edu/covid for more information on the center’s safety measures.

A grant from the University Park Student Fee Board makes Penn State student ticket prices possible. It also helps make the “Up Close and Virtual” programs free of charge.

The Bill T. Jones/Arnie Zane Company, Mwenso and The Shakes and “Meeting the Moment with Michael Mwenso” events are part of the center’s Fierce Urgency Festival.

Geisinger, Northwest and The Village at Penn State sponsor the “Waitress” and “Hairspray” performances.

* Denotes an “Up Close and Virtual” event

Mwenso and The Shakes

“Hope-Resist-Heal: A Celebration of Black Joy” 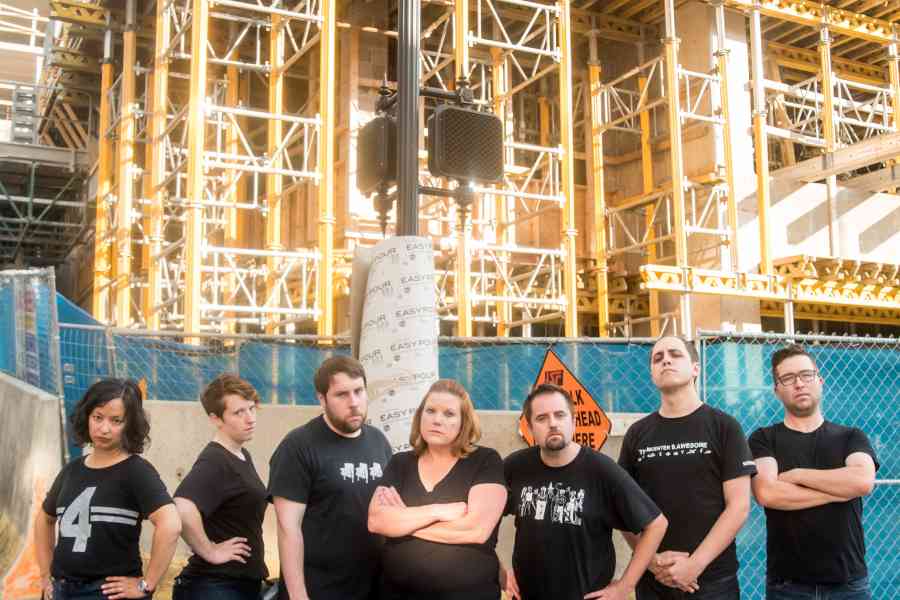 It makes sense that a festival full of people who like to laugh and people who enjoy making those people laugh would end up in Happy Valley.

The first ever Happy Valley XL Improv Festival will hit the streets of State College from May 19-21 with the goal of making Happy Valley a whole lot happier. 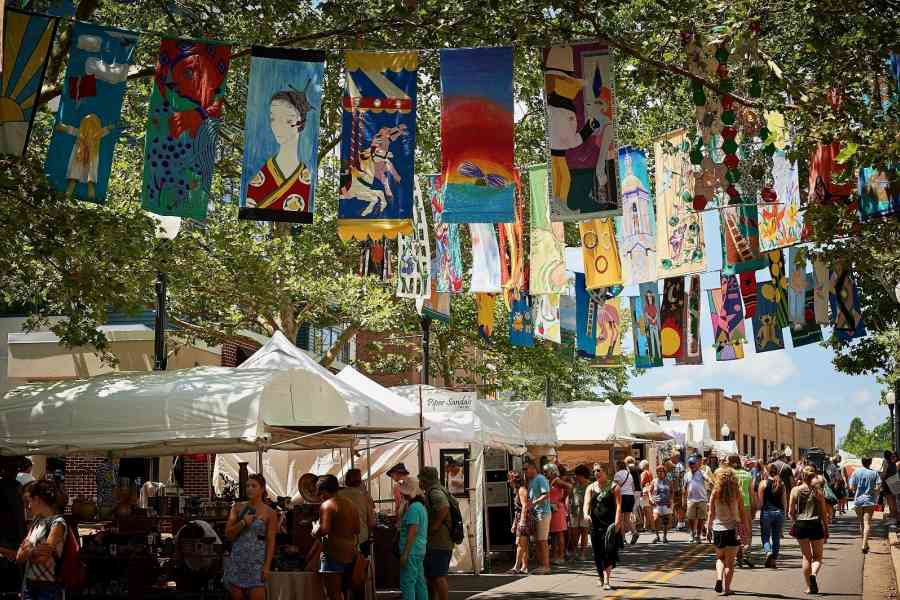 Design your Central PA Festival of the Arts banner!

The Central Pennsylvania Festival of the Arts has issued the Call for Entries for its popular juried fine art exhibition, Images 2021. Images 2021 will be an online exhibition. Work eligible for exhibition in this show includes drawings, paintings, mixed media, photography, hand-pulled prints, watercolors, fiber, paper, and digital art. 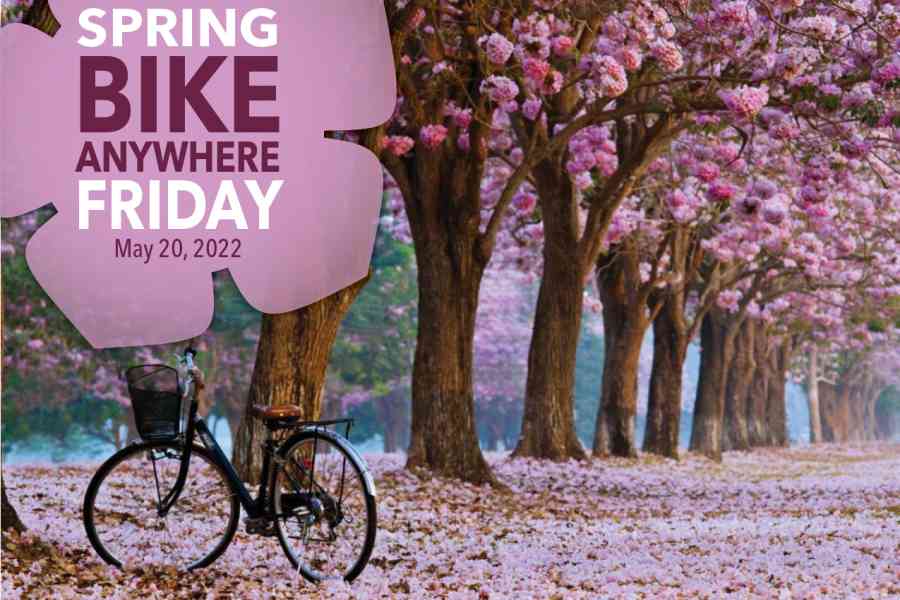