From Penn State football to outdoor excursions, and from farm-to-table dining to first-rate shopping, Happy Valley offers the perfect backdrop for a memorable getaway.

Various local legends and theories pertain to the origin of the phrase Happy Valley, though nobody can say for sure how it came to be associated with Penn State University and the surrounding communities. Ed Stoddard believes there is a fairly simple reason why the name has stuck, and it begins with the residents who call the region home.

“Happy Valley is a state of mind,” he says. “The people here are relaxed, friendly, and it’s a great place to live and work. People look you in the eye, they stop and talk to you on the street, and everyone is willing to share a story. The name has been used for decades to describe this special place in Pennsylvania.”

Stoddard, who grew up in Jefferson County, came to Happy Valley in 1991 to pursue a job in media and found a home he never wanted to leave. Today, he serves as the communications director for the Happy Valley Adventure Bureau (HVAB), a nonprofit, membership-based organization that promotes all of the wonderful activities and travel opportunities available in Centre County, from State College to towns such as Bellefonte, Philipsburg, Boalsburg, and the borough of Millheim.

Penn State, of course, is at the center of it all. The renowned university with a reputation for robust academics and research initiatives boasts a campus that overflows with interest and excitement all year long. Never is that truer than during autumn Saturdays, when the diehard Nittany Lion faithful appear in droves to root one of the nation’s premier college football programs to victory against Big Ten rivals such as Ohio State and Michigan. Beaver Stadium is among the largest in the world, with a capacity of more than 100,000.

“It’s really something that people have to experience,” Stoddard says. “There’s energy to the area and to the streets as you’re walking in downtown State College on gameday. You can enjoy breakfast at The [Original] Waffle Shop and then head to the stadium for four quarters of great college football. To be sitting in the stadium with 107,000 fans, it’s an electric experience. Whenever we do the wave and the ‘We are Penn State’ chant, it’s such fun to be there in that community experience with everyone.”

Even those who do not share a passion for football enjoy the spectacle of it all.

“There are people who come just for the tailgate,” adds Lesley Kistner, director of public affairs for the HVAB. “At the Michigan game one year, we tracked 140,000 people in the lots tailgating, and only 107,000 of those made it into the stadium.”

While Stoddard jokes that there are five seasons in Happy Valley—spring, summer, winter, fall, and football—athletics are far from the only reason to visit. Whether they come for a long weekend or an extended stay, guests of all ages, interests, and budgets will have plenty to see and do. Even the accommodations are diverse, from luxury hotels, to warm and inviting B&Bs, to family-friendly campgrounds.

When Penn State quiets down during the summer months, the arts take center stage with events such as the People’s Choice Festival in Boalsburg, Philipsburg Heritage Days, and the Millheim Art and Music Festival. The Central Pennsylvania Festival of the Arts takes over campus every July, drawing in 150,000 visitors with high-caliber artists, a bustling sidewalk sale, musical performances, food and beverage offerings, and more.

“One of the really cool things about the Central Pennsylvania Festival of the Arts is they put a map up every year for people to put in a pin where they’re from,” Stoddard says. “I have seen pins from as far away as India during that event.”

Way Fruit Farm in Port Matilda successfully started “Art in the Orchard” last year to coincide with the Central Pennsylvania Festival of the Arts. Its owners intend to make it a new tradition, featuring artisans, food trucks, and children’s activities.

That is just one of many ways in which Happy Valley celebrates its agricultural roots throughout the year. Driving tours dive into the farming history of the area, and the Central Pennsylvania Tasting Trail welcomes participants to sample adult beverages—beer, spirits, and wine—created by local brewers, distillers, and vintners.

“People love to try the craft beers, wines, ciders, and spirits on the Central Pennsylvania Tasting Trail, and we also have some farms that are really becoming destinations themselves where you can pick your own vegetables,” Kistner says. “We have a renowned cheese shop, Goot Essa, whose cheeses can be found in the finest restaurants in Philadelphia and Washington, D.C., as well as great dining options.

“At RE Farm Café, everything they serve is grown or raised right on the farm itself, and Pine Grove Hall sources 90 percent of its offerings from within a 50-mile radius,” she continues. “They are really dedicated to that farm-to-table concept, and Pine Grove Hall is also a great live music venue for jazz while you’re enjoying a fresh, inventive meal.”

Visitors work up an appetite for lunch or dinner with an outdoor excursion, perhaps a hike to the top of iconic Mount Nittany to take in the stunning views. Happy Valley is also home to three of Pennsylvania’s seven “show caves,” meaning those made accessible for public tours: Lincoln Caverns, Woodward Cave, and Penn’s Cave and Wildlife Park; Penn’s Cave is the state’s only cave on the National Register of Historic Places, and the country’s only one with an all-water cavern and a farm-nature park featuring wolves, bison, and longhorn cows.

Others prefer adventure of a different sort: shopping. The region has an abundance of unique shops and stores, from artisan markets such as Belle Mercantile and Helen Foxx and Co. in Bellefonte, to Apple Hill Antiques, now celebrating its 25th anniversary, in Houserville. The Green Drake Gallery and Arts Center in Millheim has pottery, jewelry, and fine art, while downtown State College has an eclectic mix of modern and traditional stores.

“That’s the great thing about exploring the area,” Kistner says. “You find these hidden gems in all of our communities.”

Stoddard praises Bellefonte and Boalsburg in particular for their rich histories, and other attractions in the area include museums, championship golf, and live theater. After two years of the pandemic, travelers are eager to explore again, and Happy Valley has reclaimed its title as a prime destination for an enjoyable mix of experiences.

“We weathered the storm of COVID, and we are looking forward to the future here in Happy Valley,” Stoddard says. “Mask mandates have been lifted, and it really does seem like it’s behind us. Whether you’re looking for a dining destination, community events, wide-open spaces, or the outdoors, we believe you’ll find a lot to do and see here.” 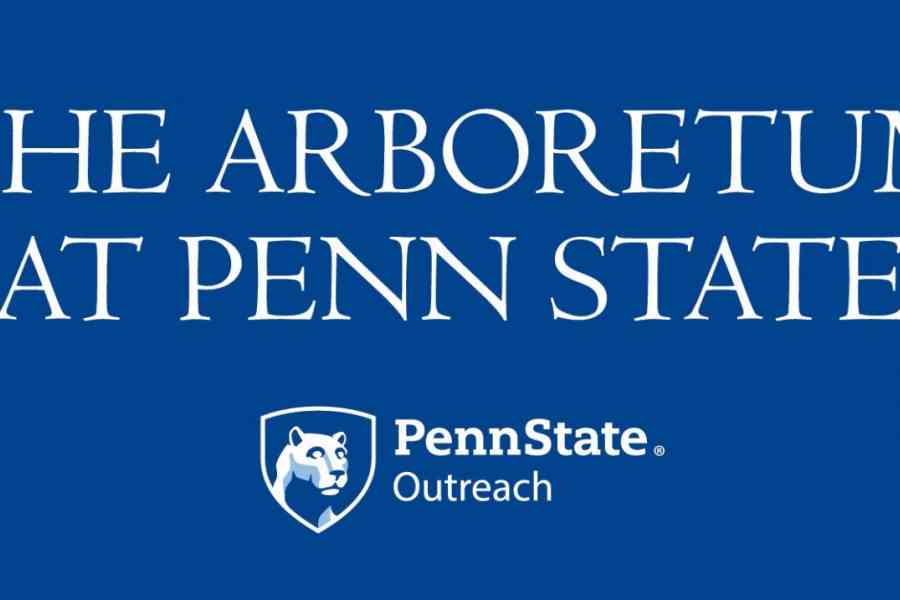 The Arboretum at Penn State 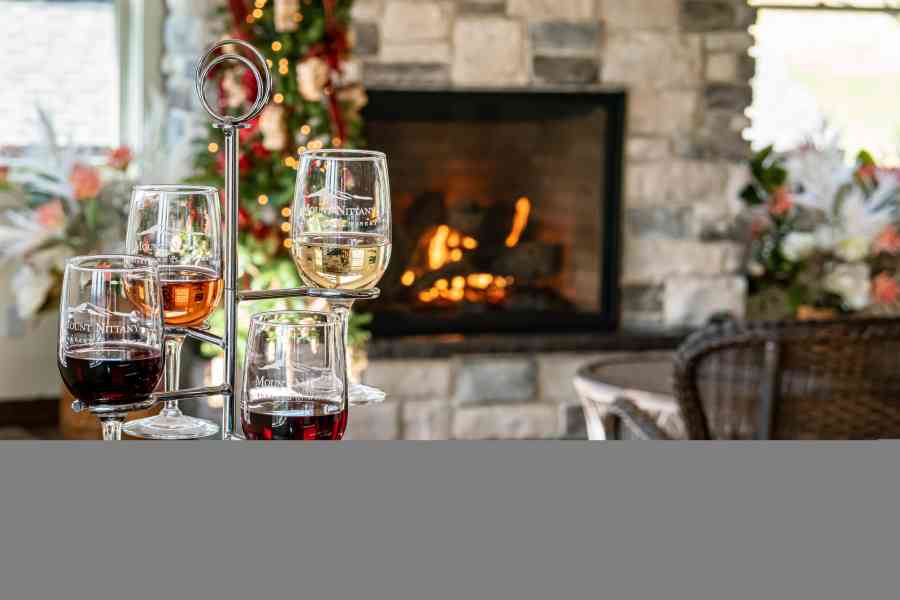 A gift for that special someone from the Central PA Tasting Trail is an excellent way to brighten spirits this holiday season. 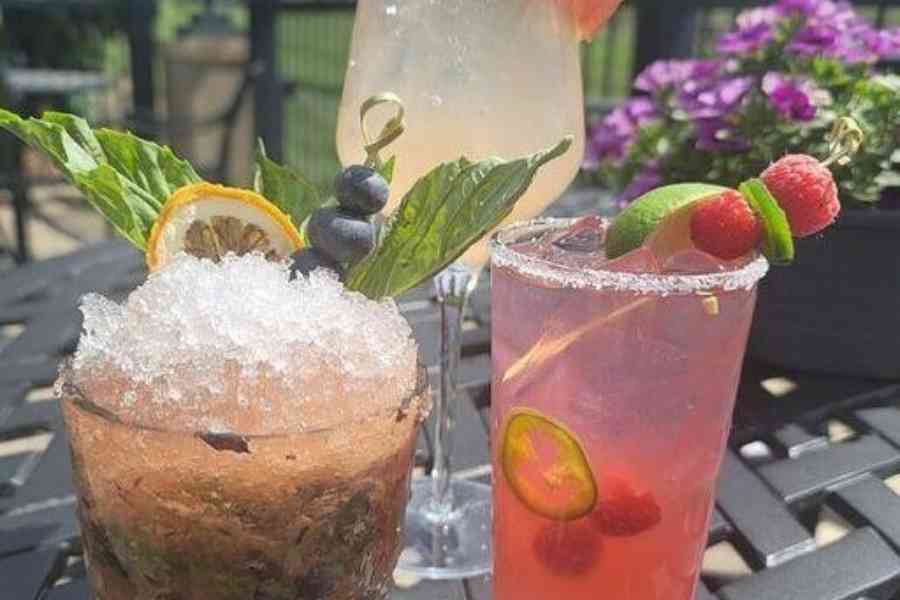 Hungry for Happy Valley? Try One of These 9 Favorite Culinary Hot Spots

If there’s one thing that Happy Valley residents can likely all agree on, it’s that the region is filled with delicious spots to dine and drink, no matter what you’re in the mood for. From fine dining to casual pub fare, farm-to-table eats to food trucks, the culinary landscape in State College and beyond is robust. Long-standing favorites have continuously welcomed newcomers to the pack, too, meaning there’s always something fresh to try in Happy Valley, no matter when the last time you paid us a visit.