(STATE COLLEGE, Pa.) – The State College Spikes’ 2022 promotional schedule will include a variety of great giveaway items, including bobbleheads featuring Happy Valley legends from across the years, plus signature theme nights and memorable special events at the ballpark.

Single-game tickets for each of these games will be available starting this Saturday at SpikesFest 2022, presented by Mount Nittany Health and media partner WTAJ, from 11 a.m. to 2 p.m. at Medlar Field at Lubrano Park. The family carnival will also feature the SpikesFest Charity Auction benefiting the Mount Nittany Health Foundation, live National Anthem Tryouts, a Spikes Job Fair, Host Family informational table, and activities and displays from over 20 local organizations.

Two-time national champion wrestler Roman Bravo-Young and Blue & White gridiron legend Michael Mauti will each be featured on the list of 2022 Spikes bobblehead giveaways, along with the already announced Wally Triplett “We Are” Talking Bobblehead.

“RBY,” who captured his second straight national title in the 133-pound weight class at the NCAA Division I Wrestling Championship in March and played a key role in bringing the ninth team title in the last 10 years back to Happy Valley, will also be on hand for an appearance at Medlar Field at Lubrano Park when the first 1,000 fans receive his bobblehead at Wrestling Night on Saturday, August 27. Bravo-Young will sign autographs, throw out the first pitch and be part of an on-field activity during the night.

Mauti played a pivotal role in restoring the roar to Happy Valley in 2012 as a captain of the “Iron Lions,” and his bobblehead will go to the first 1,000 fans at the Spikes game on Saturday, September 3. Mauti will also be on hand for the night's activities as his bobblehead features him in his number 42 jersey, a number forever etched into the minds of Nittany Nation after his teammates paid tribute to his leadership by wearing it on their helmets as they fought their way to an overtime win over Wisconsin to complete a stirring comeback season.

In a partnership that forges a new connection between baseball and the non-fungible token (NFT) space, the State College Spikes and Williamsport Crosscutters will each rebrand for a game on Saturday, July 9 at Medlar Field at Lubrano Park. The Spikes will become the State College DiamondDawgs, adopting the identity of the DiamondDawgs NFT’s created by former Spikes player and current St. Louis Cardinals minor league player Evan Mendoza, while the Crosscutters will become the Williamsport Bored Apes, representing the Bored Ape Yacht Club, one of the most prestigious NFT collections.

Each jersey worn by the players and coaches of the DiamondDawgs and Bored Apes will highlight a different NFT in their respective collections. In addition, the proceeds from T-shirts showcasing each NFT collection, as well as the Spikes’ 50/50 drawing for the night, will go towards the Little League of Sarasota, Fla., which is Mendoza’s hometown.

"This will be one of the biggest NFT events ever, and I'm so excited that it will happen right where I started my professional baseball career,” said Mendoza. “Everyone will be trying to replicate what State College and Williamsport are doing because this is the first event of its kind. It's the DiamondDawgs vs. Bored Ape Yacht Club, and we're ready to make history. Let's go!"

For the first time ever, the Spikes will welcome schoolchildren winding down the end of the year to Medlar Field at Lubrano Park for an Education Day game on Wednesday, June 8, when they take on the Mahoning Valley Scrappers.

Game time will be 10:35 a.m., allowing for kids to take their field trip to the ballpark with an Education Day Ticket Package that includes a game ticket, a kids meal and a drawstring bag. During the game, schoolkids will enjoy a unique combination of entertainment and education through America’s national pastime.

Spikes fans can once again team up with Mount Nittany Health in the fight against breast cancer on Saturday, July 30, when the Williamsport Crosscutters come to town for a 6:35 p.m. matchup on Paint the Park Pink Night.

Ballpark gates will open to the general public at 5:30 p.m., and fans will once again be able to bid on the Spikes’ pink specialty jerseys in a Jersey-off-the-Back Auction to benefit the Mount Nittany Foundation and aid breast cancer patients and research. Following the game, the skies will light up with a fantastic FIREWORKS show.

Bark in the Park

The Spikes’ full slate of Bark in the Park Nights returns for 2022, with four opportunities for fans to bring their pooches to the ballpark. Dogs will be welcome on Tuesday, June 7 thanks to Juniper Village, as well as on Saturday, July 2, Tuesday, August 9 and Friday, September 2.

Fans can take in those selected games with their canines from the Outfield Bleachers, the ballpark concourse, or other select areas of the ballpark. Fans can check out the Bark in the Park policies page at StateCollegeSpikes.com ahead of time to maximize the enjoyment for themselves and their four-legged friends.

In addition to the first Bark in the Park Night of the season on Tuesday, June 7, fans can join in the fight against Alzheimer’s Disease on the same evening as part of Paint the Park Purple presented by Juniper Village.

For the 6:35 p.m. game against the Mahoning Valley Scrappers, fans are encouraged to wear purple, and with doggie doors opening to our furry friends starting at 5:30 p.m., the first 150 dogs through the gates will receive a Purple Puppy Bandana Giveaway. Fans will also be able to discover how they can help raise funds and awareness in the fight against Alzheimer’s through concourse information tables, in-game spotlights and more engaging initiatives.

June is National Pride Month across the country, and the Spikes will join the LGBTQ+ community in celebrating it on Thursday, June 9 with Pride Night at Medlar Field at Lubrano Park during the 6:35 p.m. game against the Mahoning Valley Scrappers.

The first 500 fans through the gates when they open at 5:30 p.m. will get a Pride T-Shirt Giveaway, featuring a rainbow flag pattern inside the Spikes’ “Ribbon-S” logo.

The Spikes are proud to partner with the Still Strong Foundation on Sunday, July 30 for a night to remember at Medlar Field at Lubrano Park as we join together to help provide assistance for families whose children are battling cancer.

Still Strong Night will take place during the Spikes’ 4:05 p.m. game with the Mahoning Valley Scrappers, and feature a special appearance from foundation co-founder, former NFL defensive lineman and proud Blue & White alum Devon Still. In addition to Still throwing out a first pitch and being part of the night’s activities, proceeds from the Spikes’ 50/50 drawing for the night will go to the Still Strong Foundation, and fans will have many ways to find out how to support the foundation and its cause.

Spikes fans can enjoy a tribute to the world’s fastest game where only the drinks will be ice cold on a Hockey Night in Happy Valley on Sunday, August 28. Specialty jerseys worn by Spikes players and coaches for the 4:05 p.m. game against the Williamsport Crosscutters will go up for bids in a Spikes Hockey Jersey Auction presented by PSECU to benefit Children’s Miracle Network, and fans will enjoy a plenty of old-time hockey fun in the summertime.

On Saturday, July 9, the Spikes and the Central PA Autism Community are partnering on Autism Acceptance Night, featuring autism education efforts at the ballpark, a sensory room to create a welcoming environment for all fans, and more events at the 6:35 p.m. game against the Williamsport Crosscutters.

Boy Scouts and Girl Scouts will be highlighted on Saturday, July 30, when the Spikes host the Williamsport Crosscutters at 6:35 p.m. for Scout Night. The evening will feature a variety of activities to engage and spotlight Scouts at the ballpark.

The Spikes’ full slate of Community Nights will return for 2022, including:

Each Community Night will also feature a FREE Kids Zone! throughout the game. Friends of Jake Corman will once again present all of the fun of FREE Kids Zone! nights on July 29, July 30, August 11, August 27, and August 28.

A complete list of 2022 promotions is available at StateCollegeSpikes.com.

Single-game tickets for these nights and all 40 regular season home games will be on sale Saturday at SpikesFest 2022, presented by Mount Nittany Health and media partner WTAJ. The family carnival will run from 11 a.m. to 2 p.m., and feature the SpikesFest Charity Auction benefiting the Mount Nittany Health Foundation, live National Anthem Tryouts, a Spikes Job Fair, Host Family informational table, and activities and displays from over 20 local organizations.

Fans can enjoy every moment of the Spikes’ biggest regular season ever with Spikes Season Ticket Memberships and Flex Books. Season Ticket Members get the same great seats for every Spikes home game, plus enjoy special amenities like access to exclusive events at the ballpark. Spikes Flex Books feature 12 undated ticket vouchers for the price of 10 to allow for maximum flexibility to fit any fan’s needs. 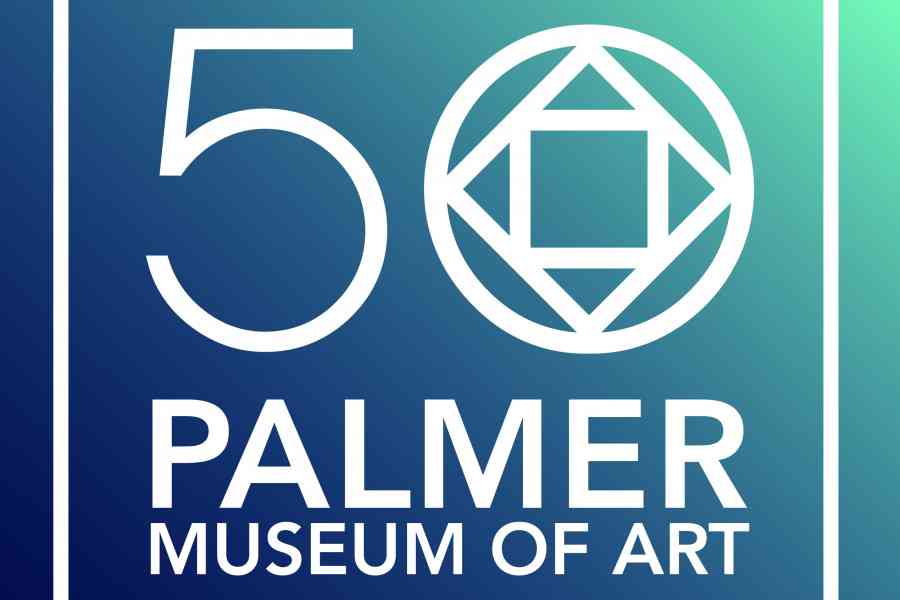 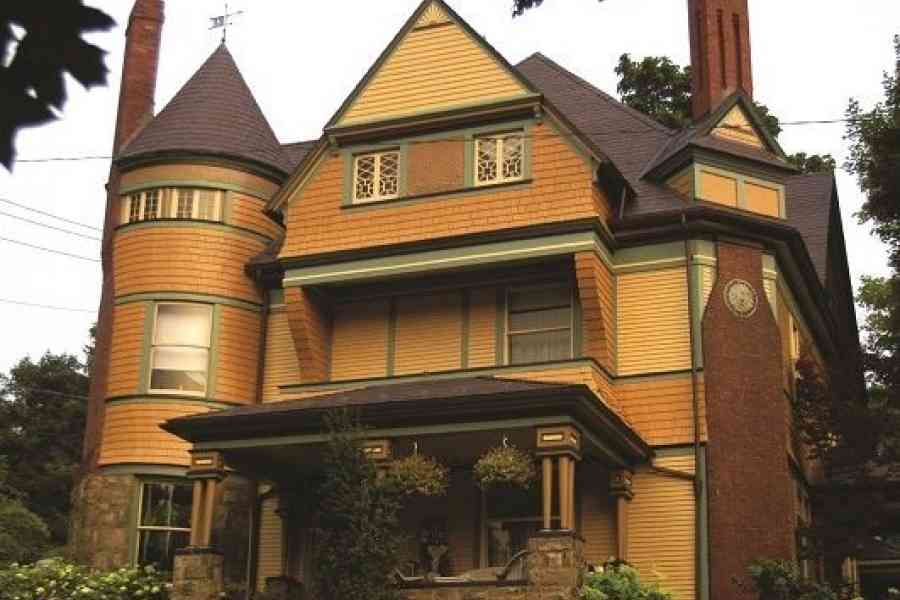 Tuck In at Local B&Bs

If you’re looking for the classic Happy Valley vibe that you remember from your college or otherwise younger days, you can still find it at one of the area’s many local bed and breakfasts, inns and other locally-owned and run accommodations options. 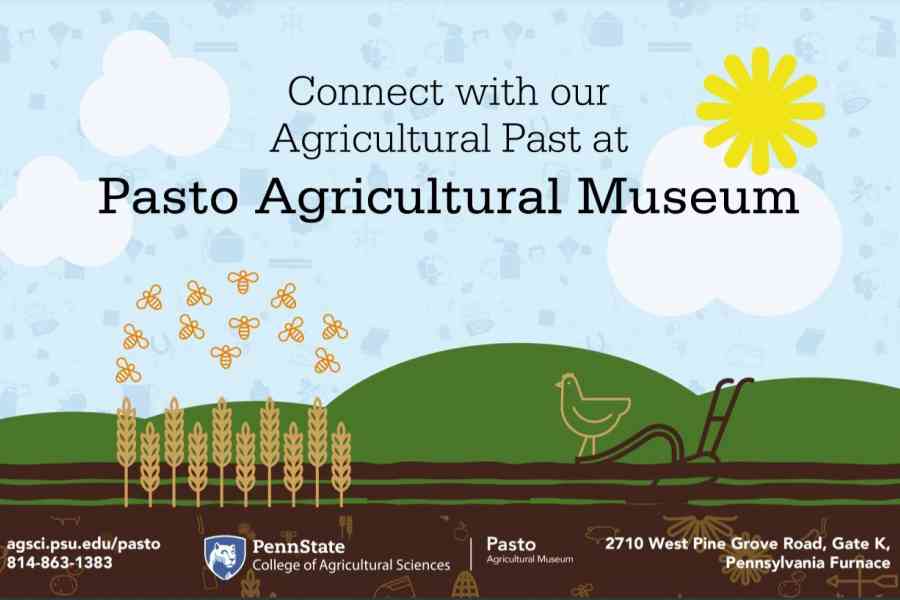 Located 15 minutes southwest of State College, the Pasto Agricultural Museum connects our agricultural past with present-day practices and cutting-edge research in food and fiber systems, environmental issues, and natural resources.